A place to test ideas

Chairman of APEC organizing committee Ambassador Muhamad Norr talks to “Expert” about past, present and future of this organization 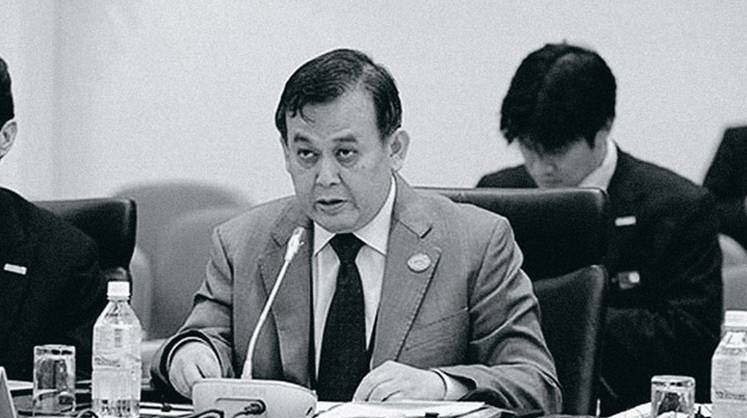 According to Chairman of APEC organizing committee Ambassador Muhamad Norr between 1989 and 2010 APEC economies’ per capita GDP rose from about US$8,000 to over US$13,000 with annual per capita GDP increases in the region nearly double the rest of the world’s during this period

— What is APEC and how is it different from other international organizations?

— Over the last 23 years, APEC and its member economies have worked to foster the kind of understanding, interest and propensity for action needed to mobilize the building of a more integrated and prosperous region.

In this context, it is important to consider that APEC is neither a binding institution, nor a negotiating body. Instead, APEC operates on the basis of open dialogue and consensus, differentiating it from an organization like the WTO.

The environment that APEC provides allows new ideas to be tested, and mutual understanding and closer collaboration to develop between members and other stakeholders, including business, academia and peer multilateral institutions.

This non-binding nature is a particularly valuable tool given the social and economic diversity of APEC’s members, which cover half the globe’s geography and account for more than half the world’s population.

APEC’s ‘pathfinder approach,’ for example, allows member economies who are ready to introduce policy changes and for others to follow suit when their circumstances allow.

Though APEC doesn’t institute rules, it does set targets, including quantitative ones, and assesses progress to ensure APEC delivers on its promises.

— What are these targets?

— Notably, APEC’s Bogor Goals call for the realization of free and open trade and investment among the region’s developed and developing economies by 2020, and are directly related to APEC’s cooperative, integration-focused objectives.

Members’ progress on these goals is scrutinized annually through a peer review mechanism.

To achieve its objectives, APEC proactively builds members’ capacity via economic and technical cooperation. Projects focus on everything from standards and conformance issues to micro-finance and customs procedures. In the process, APEC promotes skills transfer, knowledge and best practices, reform and concrete action based on APEC strategies.

— Can you provide us with any figures?

— Since 1993, when APEC’s capacity building work started, over 1,600 projects have been undertaken, with than 150 projects being implemented at any given time.

Last financial year, APEC committed more than US $14 million to this effort.

APEC’s Growth Strategy provides a comprehensive long-term framework for promoting high-quality growth in the region; in other words, growth that is balanced, inclusive, sustainable, innovative, and secure.

— Can you give us more details?

The action plan is supported and promoted through APEC’s various initiatives, including sectoral ministerial meetings, committees, APEC sub-fora, extensive regional networks of experts, and APEC’s close cooperation with the business community. We will review our progress toward implementing the Growth Strategy in 2015.

— How do you manage this process? What is the role of the Secretariat?

— The APEC Secretariat plays a coordinating and technical role. This includes advising and assisting APEC fora with their APEC’s prio rities are put forward by the chairing economy for a given year in consultation with other members. Naturally, there may be some variation in priorities from year to year, reflecting the chairing economy’s prerogative and changes in the regional and global socio-economic climate.

APEC’s guiding principles remain the constant, however, with member economies cooperatively working to bring about sustainable growth and prosperity; free trade and investment; economic integration. APEC encourages peer-to-peer training and capacity building so that members are prepared to carry out their aspirations.

— What about the results? Can we measure them?

To this end, APEC is able to build on advancements made in previous years, which are both tangible and significant.

The region’s tariff averages, for example, have fallen from close to 17 percent when APEC was established in 1989 to 5.8 percent in 2010. This translates into substantial savings for consumers and cost reduction for manufacturers.

Non-tariff barriers have also been substantially reduced across the APEC region, most of them being WTO-consistent measures.

This free trade progress has created a much greater level of regional economic integration. And it’s enhancing APEC members’ attractiveness to trading partners and the business community in general, as recent data illustrates.

What’s more, APEC economies’ total goods and services trade increased more than five-fold during this same period to US$16.8 trillion.

For people living across the APEC region, particularly in developing economies, members’ support for free and open trade and investment, and economic cooperation has brought extraordinary gains and more critically, the chance for a better life.

From 1994, when the Bogor Goals for free and open trade were established, to 2010, the GDP of APEC economies grew by 59 percent compared to 53 percent for the rest of the world. Employment in the region meanwhile grew by 8.4 percent from 1996 to 2009.

Between 1989 and 2010, APEC economies’ per capita GDP rose from about US$8,000 to over US$13,000, with annual per capita GDP increases in the region nearly double the rest of the world’s during this period.

Turning to APEC’s work on streamlining the flow of trade or trade facilitation, APEC reached its target of reducing trade transaction costs by five percent across the region between 2007 and 2010 following successful implementation of its Second Trade Facilitation Action Plan (TFAP2).

This reduction is in addition to an initial five percent reduction achieved between 2002 and 2006, under the first action plan. The latest reduction represents US$58.7 billion in total savings for businesses, including small and medium size enterprises that are the backbone of the region’s economies.

As part of TFAP2, APEC has been carrying out projects around the region to encourage members to undertake reforms and improvements to streamline trade.

This work is ongoing and it ties into the theme of this year’s APEC agenda — ‘Integrate to Grow, Innovate to Prosper’ — and the following 2012 priorities, as put forward by Russia, to increase sustainability and the pace of development in the region:

APEC continues to work actively toward achieving concrete results based on these priorities.

— This year Russia is the chairman of APEC, how did it affect the organization?

After meeting in Kazan, Russia in May, APEC Ministers Responsible for Trade issued a statement which, among other things, specifically welcomed Russia’s future WTO membership, regarding it as vote of confidence in the multilateral trading system and a valuable input to further strengthening of the WTO.

The WTO is important to APEC’s liberalization objectives as a venue for both improving and enforcing the rules governing international trade. It is also an essential insurance policy against protectionism.

APEC Ministers Responsible for Trade reiterated their support for the WTO in a statement issued after meeting in Kazan, Russia in June 2012, where they were briefed by WTO Director-General, Pascal Lamy.

In the statement, APEC trade ministers noted that they “recognize the value, centrality and primacy of the multilateral trading system as embodied in the WTO.”

At the same time, they expressed their continued disappointment at the impasse in completing all the elements of the Doha Development Round but noted that APEC is focused on the best path forward.

In this context, APEC trade ministers discussed productive areas for ongoing work, including trade facilitation, as well as least development countries’ accessions, as mandated by the WTO 8th Ministerial Conference, and other development-related issues.

In working towards the successful multilateral conclusion of the Doha Development Round, they reaffirmed the instructions to APEC officials in Geneva to continue exploring different, fresh, and credible negotiating approaches while respecting the Doha mandate, the principles of transparency, the importance of the multilateral trading system, and development.

Meanwhile, APEC continues to put significant energy into tackling next generation trade and investment issues, including searching for achievable ways to align technical regulations and standards that will expand regional economic integration and drive regulatory coherence. 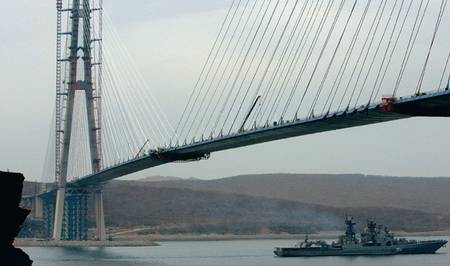 — APEC and free trade, do you favor trade liberalization in the region?

— APEC is promoting consistency among free trade agreements and making further steps toward a Free Trade Area of the Asia-Pacific (FTAAP).

The free trade measures being pursued by ASEAN, which together accounts for a third of APEC’s own membership, are helping to create greater incentive to deepen integration with the rest of Asia and pursue a more harmonized and expansive framework for doing so.

APEC continues to engage with ASEAN, as well as other integration-focused organizations, to better compliment one another’s respective focuses and strengths.

This is not just happening in the area of trade, but also cross-cutting areas such as disaster preparedness, food and maritime security, structural reform, and sustainable, environmentally-conscious growth that are each vital components of APEC’s agenda.

APEC member economies are also actively engaging with business on a variety of issues and are taking concrete steps to bolster public-private partnerships.

This includes coordinating with ABAC which puts forward recommendations to APEC members as they inclusively take forward initiatives that can promote sustainable economic growth and prosperity in the region.

Expansion of APEC membership remains under review. In doing so, APEC must balance the potential benefits of admitting new members with the need to remain efficient in terms of its meetings, work agendas and decision-making processes.

This is particularly true given its already considerable size of 21 economies.

— You became the head of Secretariat more then two years ago, can you make a comparison between now and then?

— When I arrived at the APEC Secretariat in 2010, member economies have been facing a difficult period following the ‘Lehman Shock’. This has necessitated the Secretariat to manage its finances in a prudent manner while delivering better support for the organization’s activities, which include achieving sustained economic growth.

Among others, this was achieved by upgrading the capabilities of the Secretariat’s staff in a systematic manner while improving operational effectiveness of the Secretariat. Furthermore, we introduced multi-year projects and upgraded the Secretariat’s information technology services. We have embraced social media and welcome feedback from our stakeholders. In addition, we have undertaken to produce high quality research and analytical output to support APEC’s agenda.

Going forward, APEC will continue to do its part to bring member economies and stakeholders together to advance our common agenda for mutual benefit.