No conspicuous displacement of established investment projects occurred in the North-Western Federal District: new construction and modernization of facilities in every constituent territory are carried out in sectors where they were historically successful 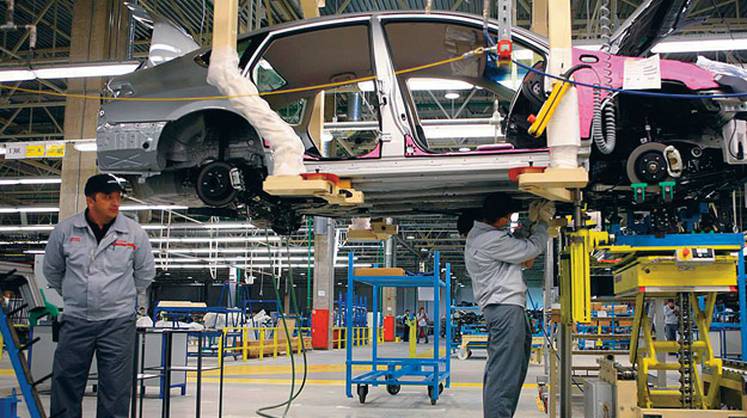 The Expert North-West analytical center prepared its first research of investment activities in the production sector of the North-West. We gathered information on new projects and projects implemented in the industrial sector with the total investments of RUB 50 million and higher, having excluded infrastructure, raw material, and power projects from the survey. Data were made available by public resources: specialized web-portals, websites of governmental bodies of the North-Western Federal District (NWFD), and news lines.

In total, our database included 147 projects with the total investments of RUB 714.9 billion.

If we classify projects into pre-crisis ones (that were launched prior to 2009) and post-crisis ones, we could observe reduction of the average implementation time period in the latter category, which is, in principle, logical. Firstly, the pre-crisis projects included large-scale production facilities such as a high-level oil processing plant in Kirishi, wagon works in Tikhvin, Step project of Mondi Syktyvkar FC. They could be launched in the pre-crisis economic conditions; furthermore, similar projects are apriori built for a longer time period. Secondly, the implementation period of several projects was probably extended due to the crisis.

The industry-specific structure of investments in already implemented projects is as follows. The timber industry accounts for the largest share: 23%; it is followed by engineering: 15%, the chemical and oil and chemical industry: about 13%, the food processing industry and agriculture: 7%. The largest weight of the timber industry can be explained by the fact that several large-scale projects were launched in the first half of 2008: Mondi Syktyvkar FC launched its Step project, Ilim began modernization of its production facilities in Arkhangelsk Region, Arkhangelsk Pulp and Paper Plant started reconstruction of the cardboard production facilities. The conclusion that three years ago investment activities were closing their peak is substantiated by the analysis of the ratio of projects started in 2011 and those that are already implemented. The latter account for 55% of the total investments in the timber industry in monetary terms against 23% of new production facilities and 21% of modernization projects launched last year.

In the engineering sector, the largest portion of implemented projects is concentrated in Saint Petersburg and Leningrad Region; new Severstal and Silovye Mashiny facilities as well as a plant in Tikhvin accounted for a high share in the total investments in this sector.

The food processing industry should be emphasized as well. Its share in the total investments is small, but this can be explained by the lower capital intensity of food and agricultural production facilities as compared to engineering, the oil chemical industry, and the timber industry. However, the volume of projects implemented in the sector accounts for 10.2% of the total number of projects that are currently at the implementation phase. The food processing industry looks well in terms of the investment structure: the amount of investments in the current projects is slightly lower here than those in new projects. Therefore, we can state that the peak of investment activities has not been achieved yet and the industry continues to gradually develop.

However, the engineering industry is in the same situation while, for example, practically no new production projects were launched in 2011 in the chemical, oil and chemical, and ferrous metallurgy sectors.

On the contrary, investment activities in the pharmaceutical sector just started in 2011 and this can be explained by creation of a cluster of the medical and environmental instrument engineering industry and biotechnologies in Saint Petersburg in the previous year. Last year, the cluster started to attract investors; in particular, construction of a Novartis plant was started in the Novy Orel SEZ in June: this project is on the fifth position among the new production projects included in our survey in terms of the amount of investments. On the whole, seven pharmaceutical production projects are currently at various implementation phases in Saint Petersburg.

If we consider the list of new production facilities in detail, we will see that the time periods of project implementation are reduced: comparison of the average time period of the current projects and the new ones shows that this indicator has decreased almost twofold. This trend has a logical explanation: due to the economic uncertainty, production companies are not eager to start long-lasting and large-scale construction and prefer to focus on the short-term projects. This concerns plans of modernization of the existing facilities as well. 2016 is perhaps the longest horizon. The project of building the Novoadmiralteyskaya shipyard in Kronshtadt by Obyedinennaya Sudostroitelnaya Korporatsia (OSK) is an exception, which is not surprising because this investment project is practically fully controlled by the Government: the OSK public corporation and Saint Petersburg authorities, which may afford such long-term investment planning.

The leader changed in the industry-specific structure of new projects as compared to the structure of implemented ones: the engineering sector accounts for the largest share among the new projects (32.75%). The timber and wood processing industry accounts for 24.3%, the food processing industry and agriculture account for 18.43%, and the pharmaceutical sector accounts about 10% of new investments.

Everything is as before

It was obvious to expect that Saint Petersburg and Leningrad Region would remain leaders in terms of new investments. At the same time, the financial weight of implemented projects in the Region conspicuously surpasses that of new ones, although giants such as Tikhvin Wagon Works and Kirishinefteorgsintez should be mentioned here. In 2011, the area recorded no production initiatives of this scale and, therefore, the specific weight of new projects in the total amount of investments is logically lower. However, from the perspective of investment flow differentiation, Leningrad Region seems to be the most successful one: new production facilities here are set up in the engineering, wood processing, transport, and logistics sectors, as well as in agriculture in approximately equal proportions.

According to the Rosstat, a 14% decline in the amount of investments year on year was recorded in the Northern Capital over the period from January to September 2011. It can be assumed that this is related to the political events: the city mayor was changed and this pushed investors to take a waiting attitude; the macroeconomic instability contributed as well affecting activity of mainly the foreign capital. However, our research shows that the amount of investments in new production facilities in Saint Petersburg is considerably higher than the value of implemented projects: 68.8% against 31.17%, which is quite a positive signal. The engineering and pharmaceutical sectors account for the principal number of new production facilities in the city.

Murmansk Region and the Republic of Komi stand out as they have no new production projects with the amount of investments higher than RUB 50 million. The main reason is that traditional financing in these areas traditionally goes to raw material extraction: 45%–50% in Murmansk Region and about 40% in the Republic of Komi. Furthermore, several infrastructure and tourism investment projects were launched in Murmansk Region last year. There are plans in Komi to set up a lining ceramic plant in Syktyvkar, Zheshart ceramic plant, and others; but at the moment, these projects are at the phase of the economic feasibility study and search for co-investors. However, there is no information on the real start of construction of new industrial production facilities in these regions.

Therefore, no special displacement of established investment projects occurred in the regions: new construction and modernization of facilities are performed in sectors where the NWFD constituent territories have been historically successful due to their geographical, natural, and raw material advantages. On the whole, the largest amount of investments in the district goes to the engineering and timber industries, which is not surprising either as the district has been specializing in them for many years.

There is a positive example of Saint Petersburg where 10% of the amount of new investments in production went to the pharmaceutical sector last year. These are good investments in the industry that is just developing; however, it is interesting to see how these projects will be implemented in the future.

For the last two years, there has been one more characteristic typical of the investment process in the RF North-West: creation of industrial parks by many regions, namely, engineering preparation platforms for placing new production facilities are developed by Leningrad (leading in terms of the number of parks), Pskov, Vologda, Kaliningrad, and Murmansk Regions.

In most constituent territories, the regional government authorities finance or co-finance these projects trying, therefore, to attract investors and improve the region’s competitiveness. Such measures are timely and reasonable; however, the park specialization should be determined as well. In other words, it is necessary to decide companies of which sectors could be located in them and provide conditions for attracting a relevant category of businesses. At present, the structure of production investments in many regions is quite homogenous and not all the companies from the most investment-intensive industries really need to be located in the platforms that are created.