Over the last ten years, transnational giants have already discovered for themselves part of Russian regions. Today it is high time to make Russia’s territories, which are already sufficiently developed but still stay in the shadow, more known

It is difficult to answer unambiguously the question which territories of Russia are the most attractive for foreign investments: huge domestic differences and disproportions require an individual approach to assessment of its regions (see “The way Russia is made”).

Moscow and Saint Petersburg with over 10% of the country’s population, i.e. fifteen million Russians, including the overwhelming part of the Russian middle class, are to be considered apart. It is here that the headquarters of Russia’s largest companies and banks are mainly located. As a result, the consumer market of Moscow and Saint Petersburg is saturated and highly competitive, and the land and real property prices are high. This cannot be attributed to merits. All of the aforesaid characteristics are typical, although to the lower extent, of territories such as Moscow and Leningrad Regions surrounding the two capitals. Other regions around Moscow, in particular, Vladimir, Yaroslavl, Ryazan, Tula, and Kaluga Regions have been actively developing for the last few years as well.

The million cities and their regions such as Nizhniy Novgorod, Sverdlovsk, Novosibirsk, Chelyabinsk, and several other Regions are the most attractive ones today. At present, the share of qualified personnel is growing, employment in the tertiary sector and small businesses is rising, and consumption models typical of the capital are adopted there. At the same time, a considerable industrial potential remains the same.

Developed agricultural areas such as Krasnodar, Stavropol, and Altai Territories, Rostov Region and Belgorod Region are of a particular interest. They help Russia maintain its positions as one of the world’s largest grain exporters.

Apart from its agricultural sector, Krasnodar Territory is distinguished by its port infrastructure and a high tourism potential. In particular, the 2014 Winter Olympic Games will be held here in the city of Sochi.

In principle, every Russian region has its unique characteristics starting with the natural conditions and ending with policies of regional authorities.

Russian regions with the lowest investment risks. Position in the rating consisting of 83 regions Источник:

Does Russia extend beyond Moscow?

Naturally, foreign businesses are primarily attracted by the country’s most developed regions. Moscow and Moscow Region have accounted for approximately 46% of direct foreign investments for the last six years (see Figure 1). Saint Petersburg and Leningrad Region account for just slightly more than 6.5% of foreign investments mainly thanks to companies involved in assembly of cars and automotive components. Kaluga Region is Russia’s another large center where foreign car concerns are concentrated. The struggle among car concerns for the Russian market started long ago, but the result was comforting for them: in 2010, the Russian car market became the second-largest one in Europe and has shown excellent development figures.

In the pre-crisis years, foreign investors developed their operations in other regions as well. For example, the Republic of Tatarstan, one of Russia’s most developed areas, attracts foreigners by, among others, preferences of the Alabuga special economic zone (one of the most developed Russian SEZ). A Dutch Rockwool thermal insulation plant and a HAVI Logistics subsidiary operate there at present; a plant of East Balt Russia, one of the key suppliers of transnational giant McDonald’s, is planned to be opened in 2014. On the whole, twelve regions with million cities (excluding Moscow and Saint Petersburg) have accounted for about 11.2% of direct and portfolio foreign investments for the last few years.

It is obvious that foreign investors have the highest interest in the oil sector; however, it is associated with the biggest difficulties in the negotiation process as these resources are of the strategic importance for the country. At the moment, Sakhalin Region accounts for the largest portion of such investments. Over the period from 2005 to 2010, shelf field development projects generated 15% of direct foreign investments for Russia.

Russian regions are now going through a new rise following the 2008 — 2009 crisis. In February 2012, Government Chairman Vladimir Putin disclosed the latest Doing Business rating data (characterizing the conditions for doing business in 183 countries of the world): Russia holds the 120th position in it. This low evaluation of the investment climate was cited by Putin as the main challenge of the Russian economy. It was also stated that improvement of the investment climate of the country and some of its regions was one of the key objectives of the new government and that several measures were going to be taken this year to achieve them.

Most have been related to the federal regulations and rules so far: insurance contributions were reduced, government procurement started to be optimized, an institution of assessment of the regulating impact in the business area existing in the EU, USA, and several other countries for many years was introduced. Furthermore, a law was adopted last year under which foreign investments may become, without any preliminary consent of the authorities, holders of 25% of shares in companies involved in mineral extraction instead of 10% before. In addition, the fact that Russia is going to join the WTO in 2012 binds the hands of the Russian Federal Government as regards several protectionist solutions. However, quality of the business community does not depend on federal institutions alone (and not at all in many cases). Just as in most federations, the investment climate is primarily determined by policies pursued by local authorities. 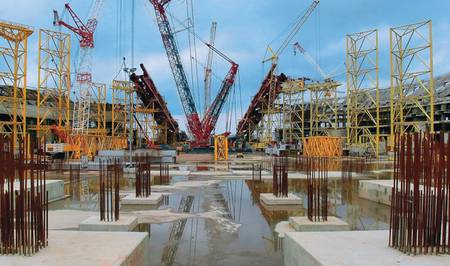 Institutions providing target support to investors already operate in many constituent territories. For example, the Lipetsk Region administration has a successfully operating department in charge of investment and international relations. Independent Kaluga Region Development Corporation OJSC has been set up in Kaluga Region for the same purposes. In addition, simple steps to fight the eternal Russian bureaucracy are made in many regions: an officer of the administration is appointed to be in charge of a specific investor and help understand any internal nuances or solve any problems.

The federal authorities try to use any successful experience of other constituent territories in supporting investors. In 2011, the Federal Agency of Strategic Initiatives developed recommendations for regional administrations regarding interaction with investors. It is expected that they will put into order the decision-making process and will make the process more transparent. These procedures are currently implemented in six pilot areas: Kaluga Region, Lipetsk Region, Ulyanovsk Region, Sverdlovsk Region, Tatarstan, and Perm Territory.

If yesterday most foreign investments went to areas such as the food processing industry and production of the simplest consumer goods, companies in much more highly technological sectors are set up today. For example, a Plastic Logic plant to produce plastic electronic displays is built in Moscow; a Gildemeister AG machine-tool plant is planned to be put into operation in Ulyanovsk Region.

Additional opportunities for Russia’s regions are opened by its joining of the WTO. However, it should be noted that not all the companies will be able to profit from new advantages.

Despite the positive changes in the country, foreign investors entering the Russian market should still keep in mind the existing considerable differences. For this reason, attempts to assess the prospects of the regions are made in Russia, surveys of businessmen are conducted, and integral evaluations are built. The annual rating of investment appeal conducted by Expert RA rating agency (see Table 1) that has been regularly published since 1996 is one of such attempts. The latest rating was made in late 2011.

The way Russia is made

Municipal entities currently totaling about 23 thousand represent the second level of the administrative and territorial structure of the Russian Federation. They are divided into municipal districts and municipal areas. In most cases, Russia’s large cities have the status of a municipal district. But there are exceptions. Two largest megacities, namely Moscow and Saint Petersburg, have the status of areas (they are officially called federal cities)